So recently my mom bought various different types of squash. We had spagetti squash, acorn squash and some other types I honestly have no idea what they are called.

Originally they had all just been sliced in half and used as decorative bowl for a lunch party my mom threw. But unfortunately, that resulted in tons and tons of leftover squash. I decided to attempt to make use of them.

First, I made an "alfredo" penne pasta. Here's the recipe for reference. I did make a few adjustments partially on accident; I apparently used a different kind of similar tasting squash instead of acorn squash (pictured below), I used normal milk instead of plant milk and a little mozzerella cheese instead of yeast flakes. 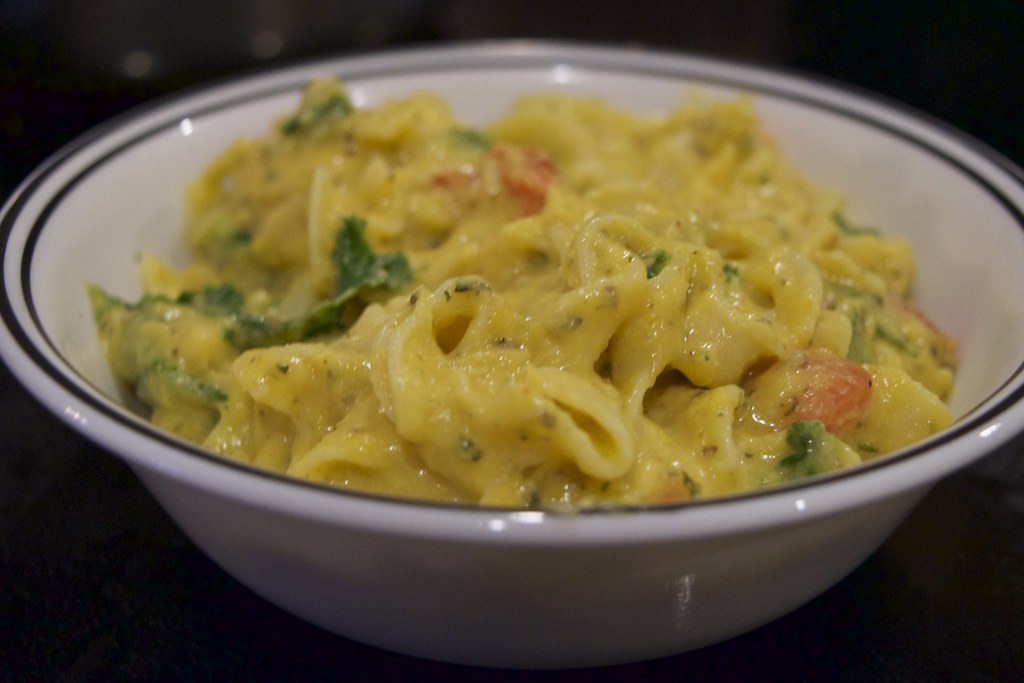 Fill a casserole dish with an inch of water. Slice Acorn Squash in half (horizontal slice as shown) and lay flat in dish. Place in oven to roast at 350 degrees for 60-75 minutes.

When your squash is roasted the skin should peel away quite easily. Remove all skin and place squash flesh in a food processor. Add all other ingredients.

Blend on high for at least 2 minutes. You want all the parsley to chop into fine bits. Set sauce aside.

Boil a pot of salted water. Cook your pasta. 2-3 minutes before the pasta is ready to drain, add mushrooms and optional protein add-in's. Drain as usual. Toss dry pasta in a splash of EVOO (opt'l).

Toss warm pasta in your Acorn Alfredo Sauce. Mix well so each pasta bit is coated. 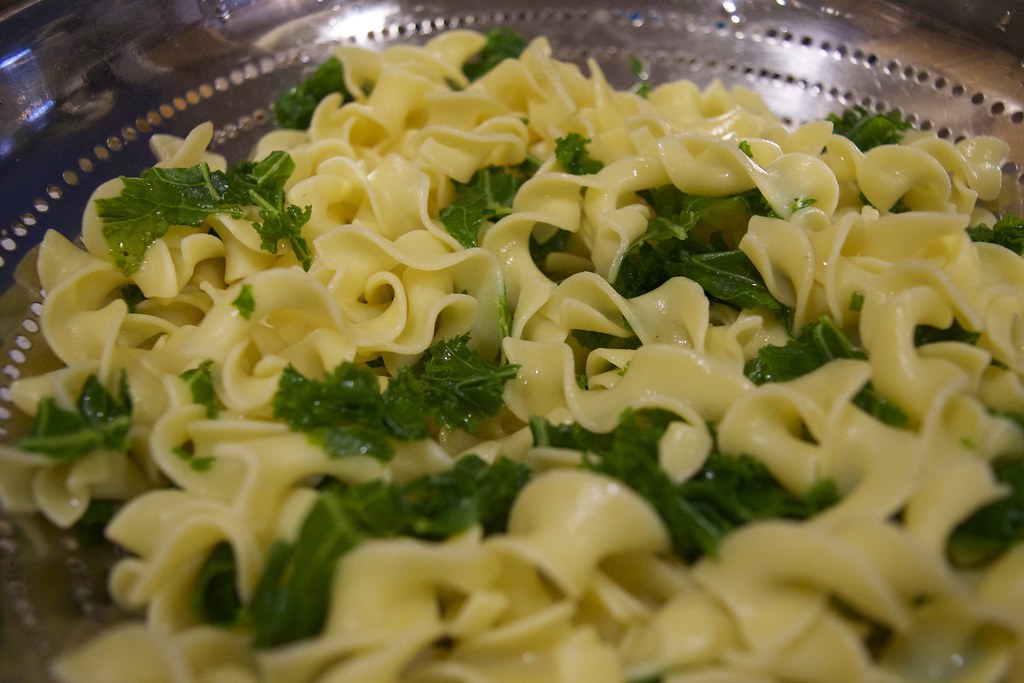 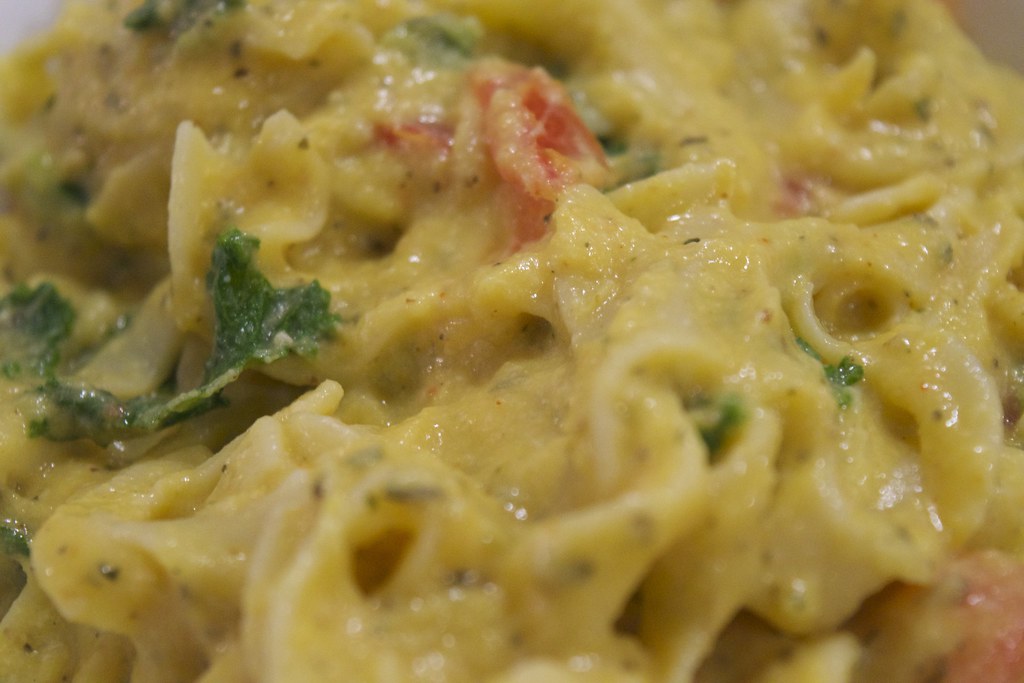 It honestly looked quite delicious! It wasn't bad, but personally I'd rather just eat a smaller portion of normal alfredo rather than fabricating the same kind of taste with squash.

When my mom came home and informed me I had used the wrong squash to make my pasta, we decided to actually make use of the REAL acorn squash! We kept it simple, just seasoning slice and roasting them as "fries". This in comparison was amazing. It was very similar to sweet potato fries. We loved it so much we actually ate most of them before even thinking of taking a photo! :)

The final remaining squash we had left was spaghetti squash. Initially, we were confused on what it had to do with spaghetti at all, but once we stuck it in the oven for a while with a little oil, it finally made sense. After roasting the squash, it looks just like spaghetti! Doesn't quite taste the same, but could work as a substitute.

This time we decided to make pizza using the squash to make the crust. The most important thing to keep in mind when using spaghetti squash to make pizza crust is to really squeeze ALL of the moisture out of it before putting it in the oven. The less moisture when cooking, the crispier and less flimsy the pizza crust! We used this recipe by Shared Appetite. We covered 1/2 of the pizza with pesto sauce (hence the insane amount of oil in the picture) and 1/2 with marinara sauce, tossed a few mushroom slices, covered it with cheese and then baked the "pizza". 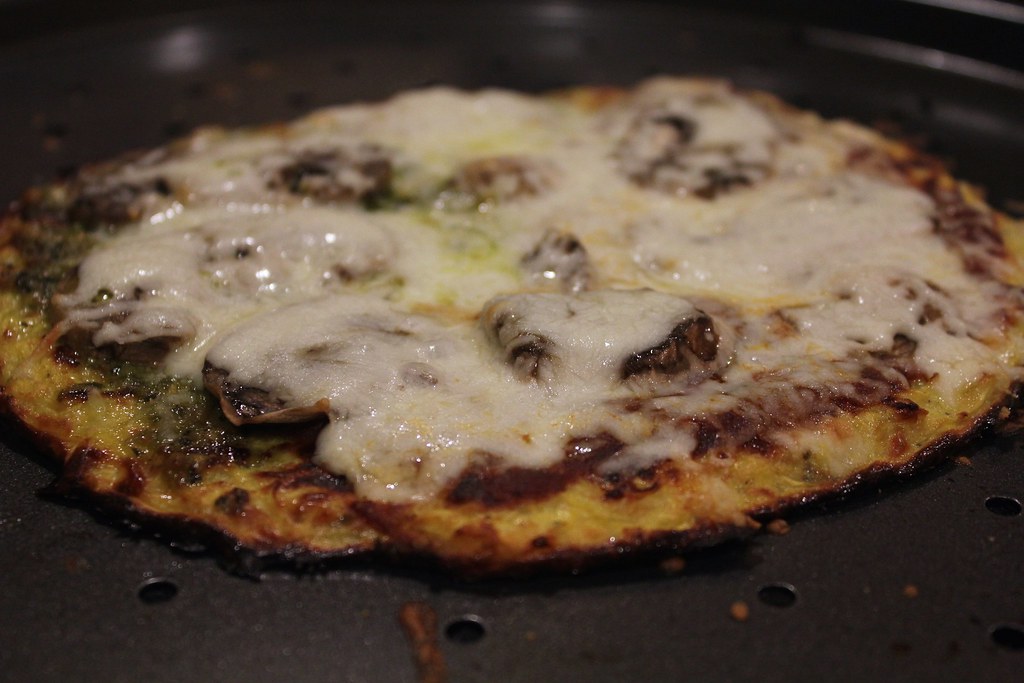 In all honesty, I realize I'm not a HUGE squash fan. My parents didn't hate the pasta or the pizza. It just didn't feel the same. I'd personally rather indulge in smaller portions in the real thing rather than trying to replicate the same experience with other ingredients. However, I would definitely recommend that you try acorn squash fries! Those were amazing :) 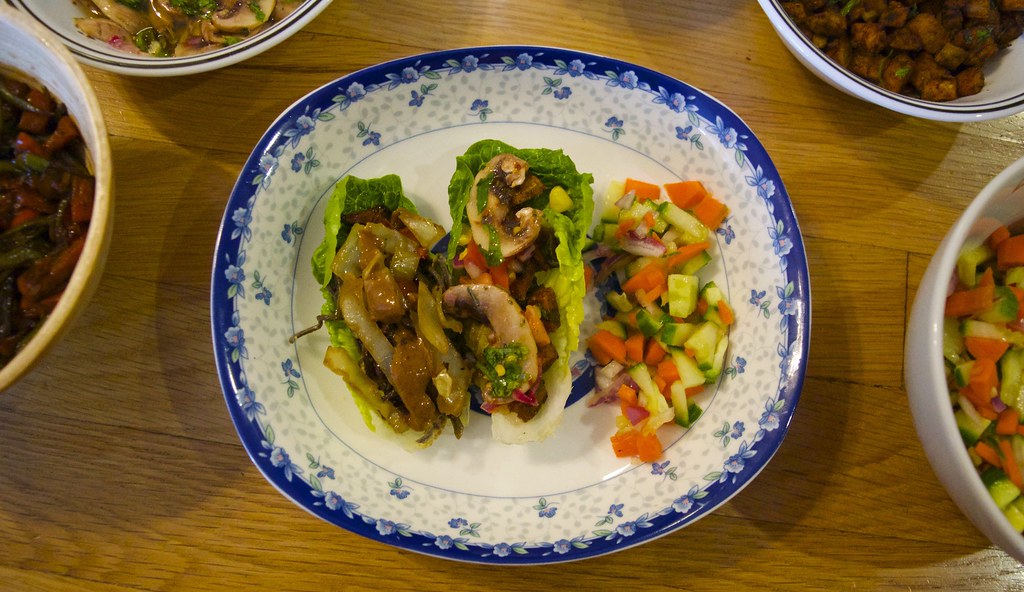 Sumu and I have been rescheduling taco day for weeks. We had a grand plan to make eight different kinds of tacos, with a wild assortment of toppings, for all

As leaves turn crunchy on sidewalks and the wind blows colder, I (Anu) get a craving for soup. It’s part of fall. I don’t go for pumpkin everything, but as soon as fall starts, I pull out boots, sweaters, and the ingredients