When we were little, we didn’t totally get along a hundred percent of the time. And when we did, we were usually playing on my original Nintendo 64. I only had two games that really interested us – a Winnie the Pooh game and Pokémon Stadium, and we were obsessed with the mini-games on Pokémon Stadium; we used to play them over and over, trying our best to beat the other out. One of the games featured a bunch of Lickatungs swiping sushi off of a rotating table with their gigantic and hilariously gross tongues. At the time, neither of us had eaten sushi, and we used to talk about what it would taste like, and whether or not we ourselves could make it. Now, roughly ten years after last playing that game (we held on long after most others had let go) we finally made sushi! And while we didn’t go around swiping it up with our tongues, we were definitely tempted.

The entire process was far easier than we expected, and since we made it at home, we got to mess around a little with our fillings! We just julienned some of the vegetables we liked and we were ready to mix and match to our heart’s content.

Obviously, if you don’t like any of these vegetables but do like others, feel free to use those instead! We were planning to use red peppers, and then realized we didn’t have any, so we just did without them – it’s really no big deal, especially if you’re just cooking for yourself.

The amount of rice you want to make is directly proportional to the amount of sushi you want to produce; we used about three cups of rice (when uncooked) to make about twelve rolls of sushi. If you’re cooking for two to four people, two cups of rice will be more than enough.

We got a head start with rice we had left over from the day before – rather than making rice again, we just added rice wine vinegar and sugar to it before heating it up, and then chilling it. If you have to make rice, though, you can do so either in a pan on the stove or in a rice cooker. In a rice cooker, put in a 1:2 ratio of rice to water, and let sit for three “screams” of the cooker. If you’re making it in a saucepan, just use similar ratios, stir at the beginning, and then leave it alone for about twenty minutes. Once it’s fully cooked, take it off the stove and mix in the sugar and vinegar fully – let it chill for a little while (we stuck it in the freezer to speed that up a bit).

While your rice is chilling, cut your vegetables into long, thin strips – the thinner your strips, the easier it will be to fit multiple fillings in one sushi roll, and the easier time you’ll have rolling it at the end.

Now it’s time to mix your spicy mayo. The making of spicy mayo is largely to taste – we used about one tablespoon of mayo to one teaspoon of sriracha, but you can adjust with more or less sriracha depending on how spicy you like your food.

Now, set your nori sheet on top of the cling wrap, spread a thin layer of rice over it, and your vegetables at one end on top of your rice. Starting at the end with the vegetables, start rolling the nori carefully so that your veggies are at the middle of your roll, making sure the roll is as tight as possible without ripping the seaweed. You want to have a compact roll with veggies nestled at the very center.

Rolling is a trial and error activity; my first rolls were far from pretty (in fact, we had to eat the piles of rice and seaweed with spoons!) but by the fourth or fifth roll, I pretty much had the hang of it.

Once you’re done rolling your sushi, cut it up into slices about ¾ of an inch thick, and set them on a plate. Set all your condiments out, and get ready to enjoy your delicious hand-made sushi.

Bring on the noms!

As leaves turn crunchy on sidewalks and the wind blows colder, I (Anu) get a craving for soup. It’s part of fall. I don’t go for pumpkin everything, but as soon as fall starts, I pull out boots, sweaters, and the ingredients 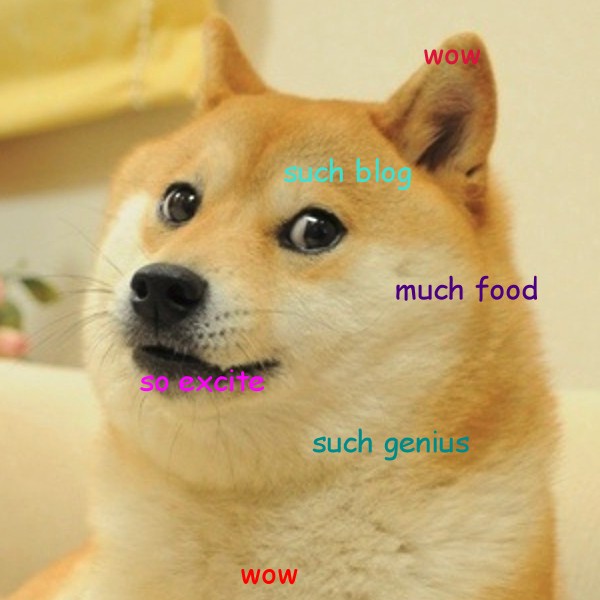